Binaural Sound is a recording technique for producing ultra-realistic high definition and 3D recordings. The three dimensional effect of the recordings can only be fully appreciated using earbuds / headphones, but the results are quite startling.

Here’s a Binaural Sound Recording project that we recently completed for Sony Computer Entertainment to celebrate the success of the Until Dawn game.

We use high-end closely matched microphone capsules placed in the outer ears of the sound recordist to capture PoV (point of view) binaural sound. This can be combined with picture to create an incredibly immersive experience, often beyond anything that can be achieved with either conventional sound design or artificially generated “spatial sound”.

How does it work?

Conventional stereo sound is most often recorded using “directional” microphones – you’ve no doubt seen these on film sets with big fluffy “windscreens” on long boom poles, in radio studios, or at a concert, on a pop video etc. For binaural recording we use what’s known as “omni-directional” microphones, or “omnis”. This type of microphone, rather than being pointed at the subject picks up sound from every direction. These are often used as lav (lavalier / tie-clip) microphones for broadcast interviews but find a very interesting use in the immersive audio world of 3D and binaural sound recording.

By placing the microphones in the outer ears, the binaural microphones record the sound as you hear it, including the reflections from the pinnae (outer ear). Your brain uses these reflections from your ear to help locate the sound in 3D space including the direction, distance, and any movement in the sound source. By playing back these recordings on earbuds or headphones you achieve the most lifelike recordings you’ve probably ever heard, with a huge stereo soundstage. 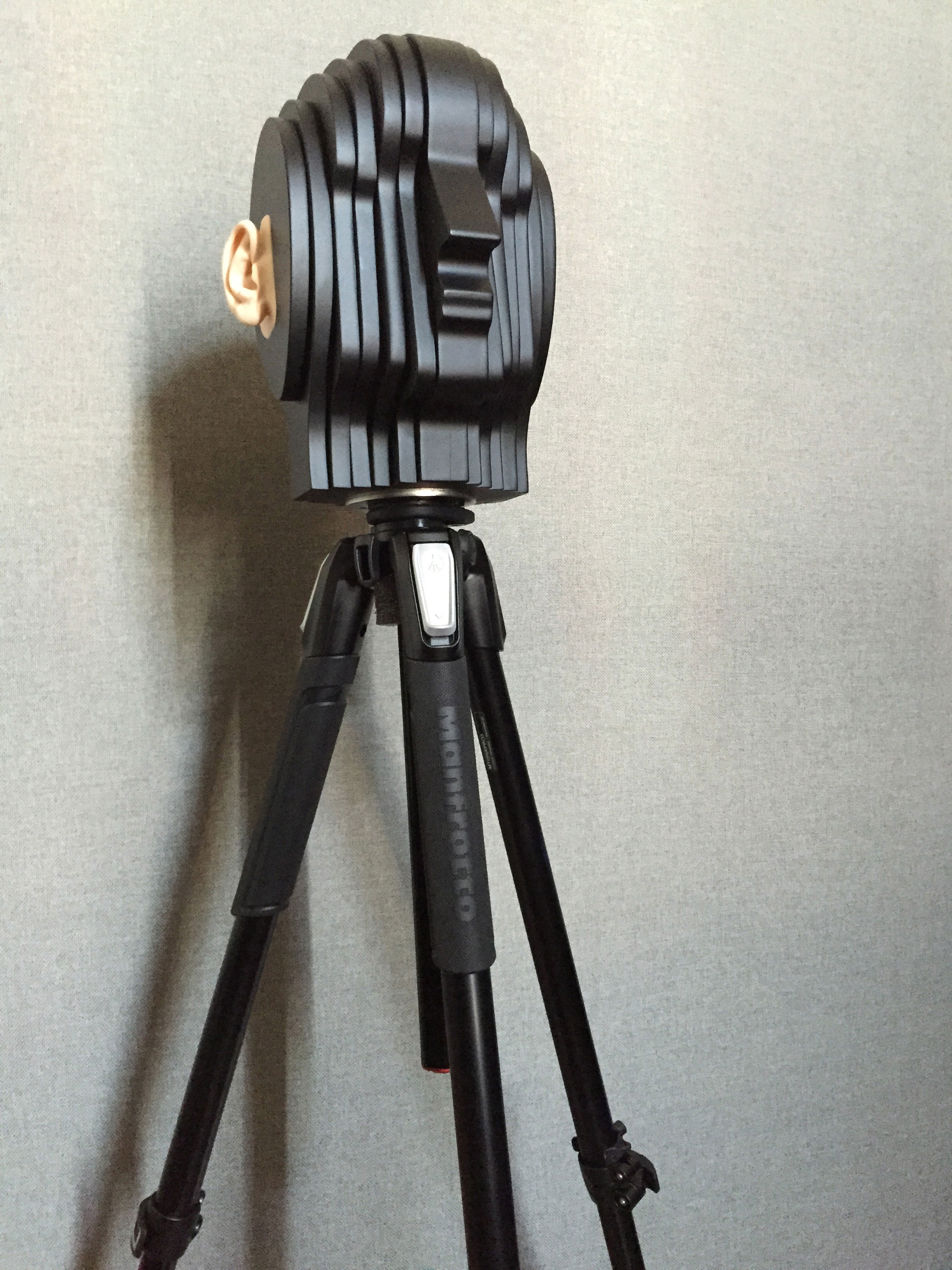 We also use a dummy head with artificial ears which can be placed in a fixed position for long periods of time, thus allowing us to record static viewpoints of binaural sound that would be difficult to achieve using a real person – the requirement to stay perfectly still for long periods is not as easy as it sounds. This tripod mounted artificial head can be set up anywhere and the recordings are equally as immersive and precise without any of the movement.

Binaural recordings add an element of realism that would be incredibly difficult to simulate using even the latest technologies. There’s really no substitute for capturing the sounds live. Controlling the sound environment is the biggest challenge, as individual sounds removed in post-production can easily destroy the 3D sound illusion. Much like a great live recording, if you get it right at the source, there’s very little that needs to be done to the recordings in post. We rarely add any processing, except maybe a little EQ and compression to control the low-end and the intensity of the 3D sound experience.

For virtual reality (VR) and experiential projects, specialist kit can be hired in to capture both 360 degree picture and binaural sound which can then be programmatically accessed to provide immersive entertainment with interactive visuals and sound.

Get in touch to find out how binaural recording, spatial sound and 3D audio can enhance your project.