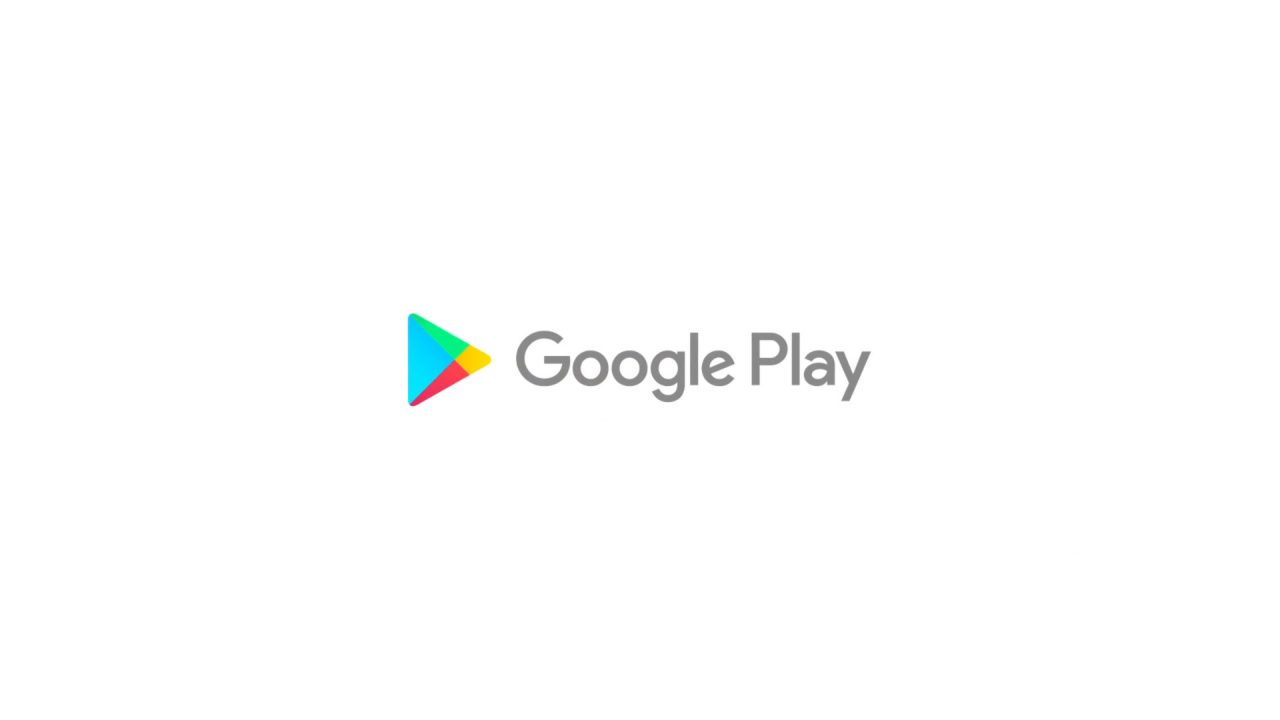 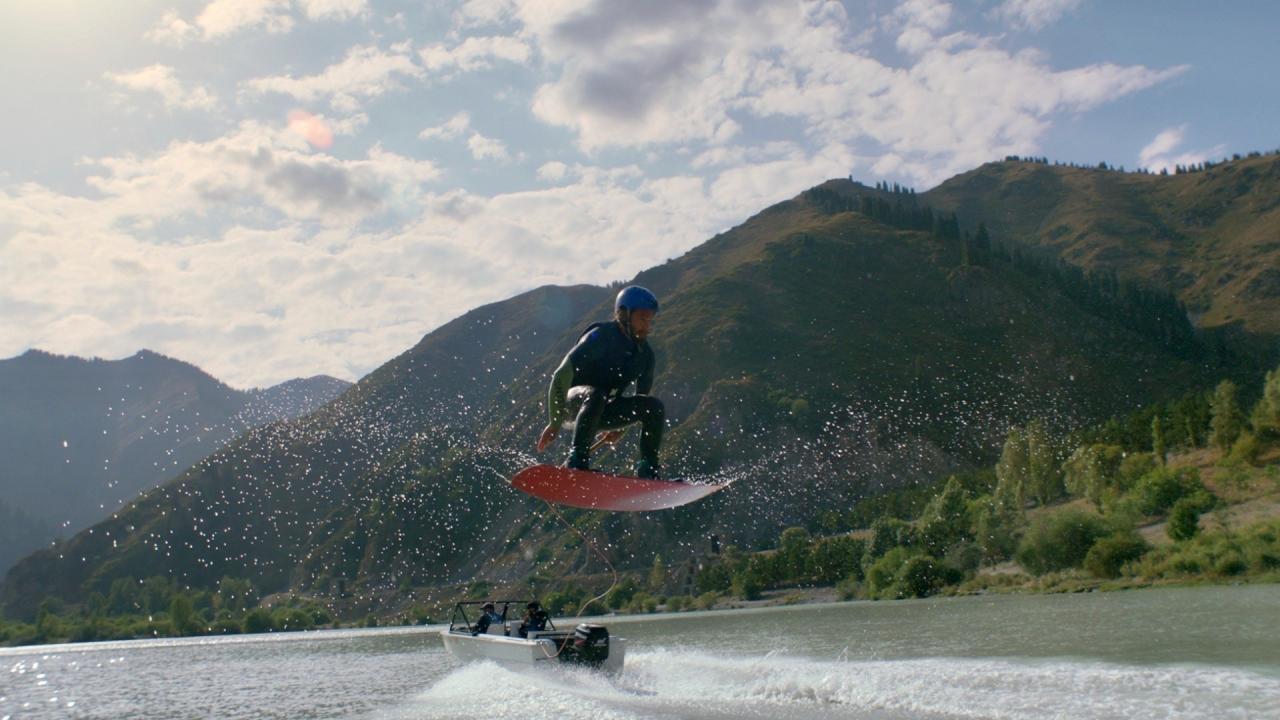 For the powerful new Toyota RAV4 the client wanted to really emphasise the different terrains and environments more so than the car sounds themselves, so I went to town on the gritty, visceral sound design.

From directing and recording the actress as the narrator in this lovely ad for the Nike Swim's Flow Free campaign, we added subtle sound design elements, tempo synced effects and integrated the sounds tightly with the music to create a very subtle soundtrack.

Working closely with with the animation team, we created both the sound design and the voices for this game advert / trailer for Tiana's Bubble Pop game

Professional skier and adventurer Caroline Gleich has spent a lifetime training for and ticking off major goals, like climbing 26,864-foot Cho Oyu in the Himalaya. Sound design and sound mix on this branded content

KeepCup is an Australian company that manufactures reusable coffee cups. Sound design and mix on this

The supervillains of the DC Universe are the star of the next Lego action-adventure game. Sound design, sound mix and even some additional character voices.

From the voiceover recording, recreating game audio to sound designing the animation and the final mix. This was a fantastic project to work on and nobody hates sound designing dragons!

A single swing, a single strike, and the destruction that follows. All filmed at 2000 frames per second, and again a high frame rate riddle to solve with sound.

BMW I AM - All sounds created from scratch for this one as no sync audio was recorded. Some subs were generated with the Pacarana to give it a unique edge, and some lush Universal Audio hardware emulations on the VO. Plus some of the usual special sauce!

Animated Infographics with studio sound design to enhance the presentation. Hear the difference a day in the studio can make to animated content.

Peru: The Generation With a Cause

"What we're trying to do here is create memories..." The incredible food of Peru told through the experiences of the people that create it.

Lotus Esprit attempts to deftly outmanoeuvre all enemies in its path, including a couple of cunning twin predator Chevrolet Camaro's and a menacing Lamborghini. But at the end of the road darker forces await...

The New Jaguar F Type, an incredible film shot in high frame rate to capture a single moment in time. See and hear the environment interact with this stunning car like never before.

From the roar of a performance sports car to the roar of a dinosaur, it's all here in the Top Trumps universe. Sound design and mixing for TV and online.

This piece for the Give Blood campaign was created using mainly sound design and music elements inter-playing rhythmically with the foley football kicks and impacts to create a visceral experience of syncopation and pulsating sound design layers.

This piece for the new Camaro was made Using a mixture of wild-track audio from the shoot, sound design layers and library sounds as well as some bespoke music creation.

Huawei Advert with the F2 Freestylers

Shown both online and in the stadium, this advert for Huawei (wah-way) combined subtle foley and sound design with some serious sonic trickery...

Travelling to Okinawa to meet one of the top Grand Masters in Japan, this brand film looks at his life, and what the learning and teaching of Karate means to him.

This series was designed to make you feel like you're in the place of the main character using binaural recording techniques. Binaural sound recording is two-channel audio, similar to stereo sound, however the recording microphones are placed in the outer ear.

How do you create a life that balances work, family and your passion for the mountains? In the first episode of BDTV, we travel to Jämtland, Sweden, where Henrik Westling recently became the first person to climb and ski every one of the region's 178 summits.

We designed the sounds and mixed this advert for the Habbo 15th Birthday Bonanza. Epic, massive sounds and lots of fun. Our sound design studio in London provides the bedrock for animation to come alive.

This was very much a story told through simple and powerfully bleak imagery and underpinned by emotive sounds to really bring the piece to life.

Fool Me Once (Book Trailer)

Working with Spindle Productions to create a unique book trailer soundtrack for this novel "fool me Once" by Harlan Coben. Bespoke music, sound design and mix.

Challenged to race a team of Huskies in Lapland in the middle of winter, Nismo had to rebuild the JUKE RS into something even more special... Introducing the JUKE RSNOW!

Sound design, edit and mix on this advert for the NHS 111 telephone service.

Volvo safety film for the New York Times' "T Brand Studio". Filmed, edited and produced by Spindle Productions with some additional sound design, dialogue editing and sound mix by us.

Sound design and mix on this infographic for Wave 105 radio station. Designed and animated by our on-site animation team.

With powder paint exploding at over one thousand frames per second, this art piece for Harrods conveys the rite of passage of the powerful paint warrior.

Animation is one of the most creative art-forms in the world today. With the limits being only the boundaries of the designers imagination, the possibilities are endless, as present a unique challenge for sound designers

We delivered over 40 TV ads for Despicable Me 2 from many different video edits. These had differing voiceovers for Out Now and Out Monday as well as some unique retailer tagging.

We created the music bespoke, added it to the ad and then mixed the ad for broadcast.

I created and produced the music track (BZerQ - Style) that was licensed and used in this USA Pro TV advert.

The great Twistmas Giveaway at Moshi Monsters, complete with sneezing volcano, voiced right here by me in the studio in Wimbledon.

It's Halloween at Moshi Monsters, and I'm voice acting as witches, ghosts, ghouls and werewolves! Keep an ear out for Poppet's little laugh too...

Trailer for the forthcoming Dust Force platform game. Re-cut the music and then added lots of spot sfx for all the characters.

We created the music loop and film director soundbites for Fright Nights at Thorpe Park. Scary halloween voiceover and sound design in our post production suite

Sound design, music edit and sound mix / dub on this incredible film (and other mini-documentaries) for Nismo TV.

"Old Bag" TV Advert for Sports Direct filmed and edited by Want Some Media, and sounds by Wimbledon Sound at Wimbledon Film and TV Studios.

Sound design and sound mix on this short fashion film for Prangsta.

Sound design and sound mix on this London themed cool and quirky animated 3D sting for an E4 competition.

Television commercial for Spring Breakers DVD and Blu Ray release. We recorded the voiceover, then provided the sound mix to picture for broadcast.

Voiceover, sound mixing and music supervision for the pilot episode of this new documentary series for CBS Reality.

We handled all aspects of the sound design and mixing for the 2013 AIM Independent Music Awards nominees, winners and speeches showreels.

What's at the top of the great Moshi Beanstalk? Here's our latest sound mix for Mind Candy's awesome Moshi Monsters.

Sound edit and mix for the Identity Thief TV Ads for Universal Pictures. The first of many for our fantastic new client.

Created for Nissan Motorsport's Nismo Lab installation, we created the music, and designed and mixed the sound fx.

Created for the pre-launch of the new Nissan ZEOD RC electric race car, we designed the sounds from scratch with no production recording supplied.

Brief: To create a piece of music for the promotional video of the new Ronaldo Footy game. We created something tribal that invoked images of weaving around a football pitch.

Music created bespoke from a treatment for The Third Space gyms. Brief – use “found sounds” in the home, then the office, then transition into a rhythmic house-style track.

Sound design, VO cleanup, music edit and sound mix. This video was created by fellow Wimbledon Studios residents in one of many collaborations between the creatives in the Media Village.

This one was a lot of fun... Rollercoasters, tracks, fireworks, twangs and bangs. Sound design, music edit, VO edit and sound mix.

Moshi Monsters is an online world of adoptable pet monsters with over 80 million registered users in 150 territories worldwide. We design, edit and mix sounds and music for their TV adverts.

Ministry of Sound and Nissan Juke

Music composition, sound design, voiceover and mix. Shown on the History Channel. The 5s edit was used as the ident around the entire series of Band of Brothers.