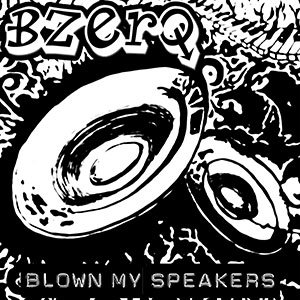 The tracks are all mostly dub-laden heavy hitters, although there are a few precious moments of calm (Scat, Colours of Your Mind). Having said that, filth is never too far away as BZerQ rips up your speaker cones! From the twisted dub mechanics of Music for the Machines, to the hard dubstep workout of Style, there’s a lot of fat ones on here. Now let’s not forget Marijuana the dubstep / hip hop blunt that is rocking the smoking crew all over the place. For fans of Mary and dubstep, this is the perfect fat fusion of green goodness. Possible the fattest marijuana dubstep tune ever rolled. “Style” by BZerQ was used in the hit film “Fast Girls” in the Summer of 2012, and “Hard” (a breakbeat track with a computer romance and a dubstep meltdown) features in the new “Shortlisted: Steppin’ Krew” dance documentary due for release later this year. “On the Run” takes you deeper into dub and Urban Soldiers featuring a wicked Ragga Twins sample is getting a lot of love from the dub radio stations right now. Deep, head-noddig groove…. “Blown My Speakers” is coming soon to all major digital stores, or buy from BandCamp right now, directly from the nuthouse in 320mp3 or lossless format to preserve every molecule of low frequency dirt.

With BandCamp, all the proceeds from the music sales go directly to the artist. No record labels, no middle-men, just donating some of your hard-earned in exchange for the music, and the artist gets to eat food. Hurrah!

View all of Wimbledon Sound's posts.